No other company in Kings County has a better reputation when it comes to fireplace restoration and wood and gas fireplace repair than Ageless Chimney. Among East New York, NY residents, our company has been recognized as the go-to source for fireplace maintenance, repair, and restoration for more than 10 years. Our locally owned and operated, fully licensed, insured, company has been accredited with the Better Business Bureau. You can count on the pros at Ageless Chimney to handle all of your fireplace needs if you live in the area of Kings County, and you’re looking for a fireplace technician near me.

A fireplace brings so much joy to your home. It provides warmth, ambiance, and it’s just a great place to gather with your loved ones or to enjoy some much-needed rest and relaxation by yourself. As a centerpiece of your home, it stands to reason that you want your fireplace to look as beautiful as possible; more importantly, you want it to function properly. If your fireplace is in disrepair, instead of being an asset, it can be a serious liability.

Factors that Necessitate a Fireplace Restoration

There are many factors that can lead to the need for fireplace restoration. Some of the most common include factors include:

· Water damage. Water intrusion can cause extensive damage to a fireplace, such as leaching, cracking, and spalling. When water makes its way into your fireplace, the masonry becomes damaged and eventually, the structure can no longer safely contain the high temperatures and smoke that a fire creates.

· Creosote buildup. Creosote is a byproduct of incomplete combustion. It collects on the interior of the flue, firebox, damper, and all other interior components of your fireplace and chimney system. While regular cleanings can keep creosote under control, if a fireplace hasn’t been properly maintained, the accumulation of this hard, sticky substance can be impossible to remove. Using a fireplace that has an abundance of creosote buildup is extremely hazardous, as the substance is highly flammable.

· Improper construction. Poorly constructed fireplaces require constant repairs and can be dangerous to operate. They’re unable to safely handle high temperatures, water penetration, and smoke. If your fireplace was built out of poor-quality materials or craftsmanship is shoddy, you should consider having it reconstructed.

· Aesthetically displeasing. Even if your fireplace functions fine, if it’s old, outdated, and just doesn’t tie in with the rest of the style of your East New York, NY home, you may want to consider having it reconstructed. A reputable fireplace repair service will be able to update the look of your fireplace so that it suits your personal taste.

The Benefits of Fireplace Reconstruction

Why have your fireplace been reconstructed? There are numerous reasons. Some of the biggest benefits include:

· Improved safety. First and foremost, fireplace reconstruction will improve the safety of the structure. If your existing fireplace is extensively damaged, is poorly constructed, or has an abundant amount of creosote buildup, a rebuild will ensure that it’s functioning properly and is safe to use.

· Greater efficiency. By having your fireplace rebuilt, your fires will burn more efficiently and you’ll experience less heat loss through the chimney.

· Increased property value. When a fireplace is newly updated, functioning properly, and aesthetically pleasing, you’ll see a marked increase in the value of your East New York, NY home.

With Ageless Chimney, your search for wood and gas fireplace repair in East New York, NY is over! As a full-service fireplace maintenance, repair, and restoration company, you can count on our team of experts for all of your needs. Whether your fireplace has been damaged by water or creosote, it was poorly installed, it’s succumbed to the wear and tear of constant use and aging, or you just want to update its look, you can count on our team to meet all of your fireplace restoration needs.

We begin by performing a complete inspection of your existing fireplace to check for and confirm the existence of any damage. We’ll then devise an effective plan of action to correct any underlying issues. After getting your approval, our technicians will begin the process of rebuilding your fireplace. Using the highest quality materials, the most advanced tools, and proven techniques, we’ll make sure that your gas or wood-burning fireplace is perfectly reconstructed; in fact, when we’re done, the structure will look and function even better than it did when it was first installed!

At Ageless Chimney, we offer a full range of reconstruction services, including: 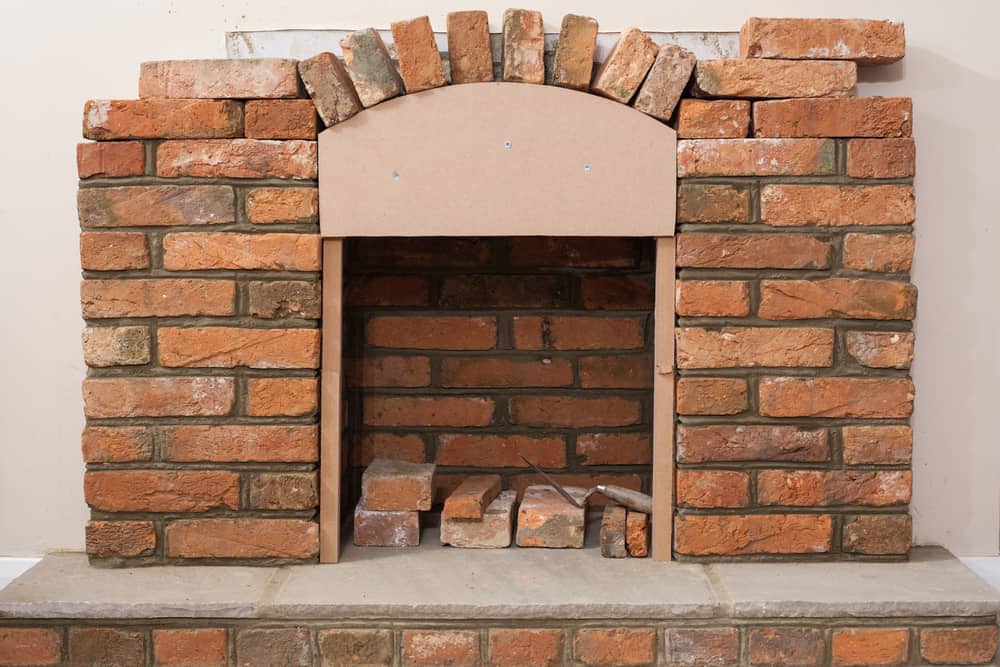 We’ll make sure that all of the interior and exterior components of your fireplace and chimney are expertly installed and working properly so that you can enjoy all of the benefits that this wonderful element provides with added peace of mind. What’s more, not only do we provide comprehensive restoration services, but we also offer fast results and highly competitive prices. Our clients are always impressed by how we can complete fireplace restorations so quickly, efficiently, and affordably.

If you’re interested in having your fireplace restored, you don’t want to settle for anything but the best. Contact the company that East New York, NY residents trust all of their fireplace and chimney care needs to: Ageless Chimney!

Give us a call today for a free estimate on fireplace restoration! Contact one of our friendly and knowledgeable associates at 516-613-5450. The team at VarCompanyNameFull is eager to work with you to restore the beauty, functionality, and safety of the most prized feature of your Kings County home: your fireplace.