It is the first company that property owners of Riverdale, NY call when their fireplaces need to be cleaned by professionals because Ageless Chimney is the company that their neighbors recommend. Why is that? – Because they know we provide fast, thorough, and affordable services.

The highly-trained technicians at Ageless Chimney have been restoring the beauty and functionality of fireplaces throughout Bronx County for over a decade; in fact, our fireplace cleaning service is so effective that we’re known as the best fireplace cleaners! As a result, you can have total confidence knowing that our team will produce outstanding results no matter what work they are doing for you.

If your Riverdale, NY home has a fireplace, there’s no doubt it’s one of your favorite amenities. It adds architectural interest to both the inside and outside of your house, it’s a source of welcoming warmth, and it creates a wonderful sense of cheerful ambiance. There’s nothing better than gathering with your loved ones or cozying up with a good book in front of a roaring fire.

While a fireplace is certainly an asset, if you fail to maintain it, this beloved feature can become a serious danger. Poorly maintained fireplaces are one of the leading causes of house fires in the United States.

Every year, dirty fireplaces cause extensive property damages, and worse, they are responsible for serious injuries and even death. Don’t let your home become a statistic because you failed to take care of your fireplace! Protect your Riverdale property and your loved ones and have your fireplace professionally cleaned by Bronx County’s leading fireplace cleaning company:Ageless Chimney!

Why is Professional Fireplace Cleaning Important?

On the surface, fireplace cleaning might seem like an easy task; just sweep or vacuum out the ash, dust, and any other debris, wipe down the doors, and your good to go. While these steps are certainly suitable for light cleaning and should always be taken before you start a fire, your fireplace requires a deeper cleaning from time to time.

As a fireplace owner, you’ve surely heard of creosote, the sticky byproduct of incomplete combustion that accumulates in your chimney. Creosote buildup can be catastrophic, as it’s highly flammable and can easily ignite if left unchecked.

However, the chimney isn’t the only part of a fireplace that’s exposed to creosote; the substance can also build up inside the firebox, the damper, and the doors, thus increasing the risk of unintentional fire. In addition to being dangerous, creosote is also unsightly. The dark residue has a drippy tar-like appearance and impacts the aesthetic appeal of a fireplace.

Creosote is sticky, thick, and hard, which makes it extremely difficult to remove on your own. While there are commercial products on the market that claim they can remove the tar-like material, in reality, few – if any – are effective. Riding your fireplace of the accumulation of the dangerous and visually unappealing substance requires the right knowledge and the proper tools and equipment; things that a reputable Bronx County fireplace cleaning company like Ageless Chimney offers.

In addition to removing creosote, reliable professionals will attend to all of the components of your fireplace, ensuring that both the interior and exterior of the structure is thoroughly cleaned. By hiring a reliable professional to do the job, the safety, function, and beauty of your fireplace will be completely restored. Plus, you won’t have to worry about the mess that’s involved with fireplace cleaning; you can just sit back, relax, and let the pros handle the task for you!

For the Best Fireplace Cleaner in Bronx County, Look No Further Than Ageless Chimney

When it comes to fireplace maintenance, you don’t want to settle for anything less than exceptional. If you live in the Riverdale, NY area and you’re looking for fireplace cleaning near me, don’t bother with the rest; contact the best: Ageless Chimney! 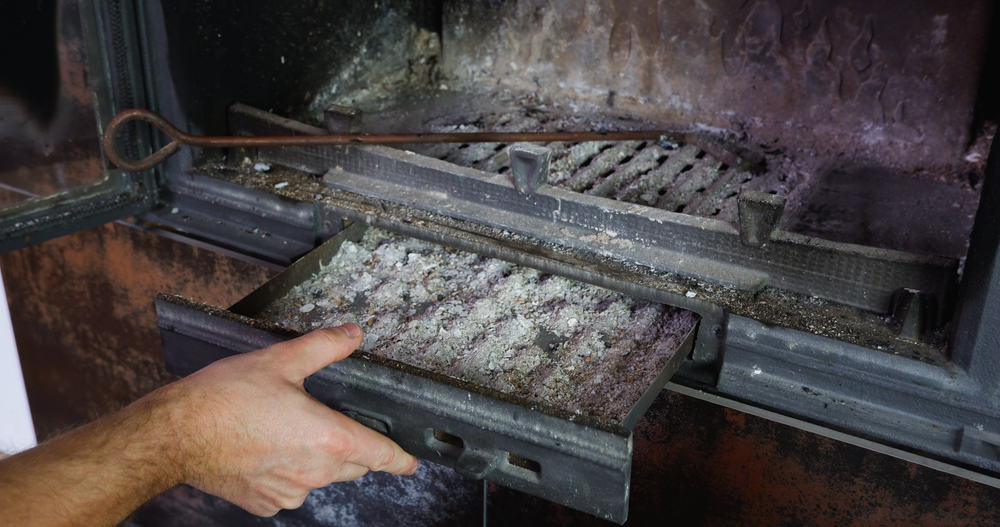 We’re a locally owned, licensed, insured, and bonded full-service chimney and fireplace cleaning and maintenance company. Our highly trained technicians have more than a decade of experience in all aspects of chimney and fireplace care. From fireplace brick cleaning to creosote, ash, soot, and stain removal, when our team of experts is on the job, you can be sure that your fireplace will be completed cleaned.

We’ll also perform a complete inspection of your fireplace to check for any signs of damage. If we spot any problems, our technicians can make the necessary repairs. Of course, we also offer chimney inspections, cleaning, and repairs, too. In short, the Ageless Chimney team will ensure that your fireplace and chimney are completely cleaned, properly functioning, and safe to operate.

Our technicians will arrive at your Bronx County home with all of the necessary tools and equipment. We’ll take the proper precautions to protect the surfaces surrounding your fireplace from dirt and debris. Unlike other fireplace cleaners in Bronx County, we completely clean up after we’re finished; the only thing we leave behind is a thoroughly cleaned, properly functioning, and beautiful fireplace.

Think about having your fireplace professionally inspected and cleaned is expensive? Think again! At Ageless Chimney, we make sure that fireplace chimney cleaning cost is highly competitive so that you don’t have to break the bank to keep your fireplace safe and beautiful. Not only are our prices extremely affordable, but we also provide free estimates for all of our services.

When it comes to fireplace cleaning, repair, and maintenance, no other company in the Bronx County area can compare to Ageless Chimney! With an A+ rating from the Better Business Bureau, a recipient of the Angie’s List Super Service Award, and a Top Rated Home Advisor company, you can have complete confidence knowing that you’ll receive exceptional results each and every time you work with us.

To learn more about our chimney cleaning services, to receive a free estimate, or to set up an appointment with the best chimney cleaner in Bronx County, give us a call now on 516-613-5450! We here at Ageless Chimney do fireplace cleaning the right way! It would be our pleasure to work with you and maintain the beauty and function of your home’s most cherished feature.