Looking for Gas Fireplace Repair Near Me? Contact Ageless Chimney!

This is Ageless Chimney, a top-rated chimney repair and maintenance company in Queens County, but we do more than chimney repair and maintenance. We also specialize in fireplace repair and fireplace restoration. Even though a clean and properly functioning chimney is a crucial part of a safe fireplace operation, most companies in the Jackson Heights, NY area fail to care for the fireplace itself. It doesn’t matter how clean your chimney is if your fireplace isn’t functioning properly. That’s why at Ageless Chimney we provide services that focus on both the chimney and the fireplace! In case you require wood-burning or gas fireplace repair or maintenance, please do not hesitate to contact our team of experienced technicians! 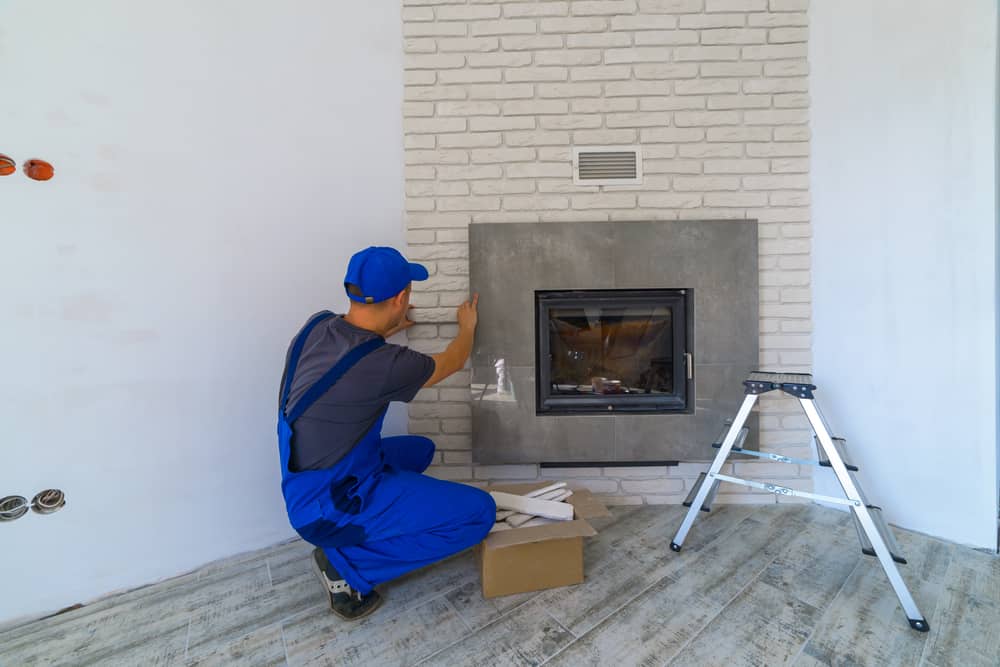 Signs You Should Look for Gas Fireplace Repair in Queens County

There’s nothing better than a fireplace; it offers wonderful warmth, creates an inviting atmosphere, and adds visual interest to your home. If you’re fortunate enough to own a gas fireplace, you’re really in luck! With just the flip of a switch, you have instant access to the warm glow of a fire… However, just like any other component in your home, a gas fireplace needs to be properly maintained and can sustain damage.

How can you tell when your gas fireplace is in need of repair? The following signs indicate that you need to start looking for professional gas fireplace repair:

· Fire problems. If your fire keeps going out when the switch is turned on or if the blaze seems to be smaller than it usually is, there are a number of issues that could be to blame, including problems with the pilot light, the thermocouple, the thermopile, or the electrical wires.

· A rotten egg smell. If you notice a smell that’s similar to rotten eggs coming from your fireplace, turn it off immediately and contact your gas provider and a fireplace repair service! A rotten egg smell is a sign of a gas leak, which has the potential to be extremely dangerous.

· Soot buildup. If you notice a buildup of soot in your gas fireplace, something is definitely awry; for example, there may be an airflow problem or too much fuel may be entering the firebox.

· Odd sounds. You can expect to hear some degree of noise when your gas fireplace is turned on; however, if you notice any abnormal sounds, such as whirring, hissing, or gargling, there’s a definite underlying problem that needs to be addressed by a professional.

If your gas fireplace is showing any of the above-mentioned signs, contacting a professional fireplace repair company is highly recommended. A licensed and experienced professional will be able to identify the problem and make the repairs that are necessary to restore the function and the safety of your fireplace.

How to Find a Gas Fireplace Repair Company?

If you live in the Jackson Heights, NY area and you’re in need of the services of a company that provides repairs for gas fireplaces, you want to make sure that you choose a reputable professional. How can you do that? One option is to type search queries like “gas fireplace repair near me” or “fireplace repair near me” into your internet browser; however, it’s likely that you’re going to get a lot of results. You don’t want to select the first company you find; you want to ensure you choose the best. How can you do that? Here are some tips to consider:

· Browse the services. Take a look at the websites of prospective fireplace repair companies. Read through the services they provide to ensure that they specialize in gas fireplaces, as many Jackson Heights, NY companies only work on wood-burning fireplaces.

· Consider reputation. Reputation says a lot about the type of service you can expect to receive. Look for testimonials on the websites of gas fireplace repair companies. Check out reputable review sites, such as Angie’s List and Home Advisor, to see what other clients have to say about their experience.

· Credentials are important. A reputable fireplace repair company will be fully licensed, insured, and bonded. These credentials certify that the company has received the necessary training to repair fireplaces and has the necessary protections in place to prevent you from being financially responsible if any mishaps arise.

· Consider the price. It goes without saying that you want to get a good price on your fireplace repair; however, you shouldn’t base your decision on cost alone. While it might be tempting to choose a company that offers the lowest prices, it’s likely that you’ll get what you pay for, and when it comes to fireplace repair, you really don’t want to run the risk of subpar results. With that said, you also shouldn’t assume that a company that charges high rates offers higher rates will offer better results.

While the aforementioned tips can certainly help you find a reputable Queens County gas fireplace repair company, instead of worrying about the hassle of sifting through all of the results you’ll receive when you search “fireplace technician near me”, contact Ageless Chimney from the start!

As a leading fireplace repair company that specializes in gas fireplaces, we’ve been maintaining and reconstructing the fireplaces of Jackson Heights, NY homeowners for more than 10 years. Offering a complete range of services and using the highest quality tools and proven techniques and strategies, we’ll make sure that your gas fireplace is working safely and properly in no time. What’s more, we’ll charge you the most affordable rates possible.

We are regarded as the top gas fireplace repair company in Jackson Heights, NY, so call us today at 516-613-5450 to find out why! Our estimates are free, our appointments are flexible, and our results are fast.